The number 7 is more influential than most people think. We carry this number inside of us as a deep subconscious, spiritual truth. It’s influence is vast. The power it has over us is great, even if we don’t notice it. The Meaning Of Number 7 is mystical…

It is a mathematical anomaly, and is used symbolically in the design of the great pyramids, as well as the theological basis of entire belief systems. The point is that 7 should not exist in math, as it can’t be created through multiplication or division. The fact that it can’t be divided into 360 degrees, like all the other numbers can, means it stands outside the circle, like the circle of life, and becomes something spiritual.

7 has been used in religion, mysticism, literature, mathematics, art, and gambling forever. This number is so integrated into our societies, into our collective subconscious, that it has become a subconscious power in literature and art.

Example of the meaning number 7 in culture:

-The seven deadly sins.
-The seven hills of Rome.
-The 7 wonders of the world.
-The 7 dwarfs.
-There are seven notes in the musical scale.
-In Hinduism the Sanskrit word mans ‘sapta’ refers to number seven and there are the celestial group of seven stars named as ‘Sapta Rishi’ based on the seven great saints. Also according to Hinduism, there are seven worlds in the universe, seven seas in the world and seven Rishies (seven gurus) called sapta rishis.

And the physical aspects of 7:

-Every 7 years our cell structures are completely replaced in the human body.
-After 7 days the umbilical cord falls off.
-Most humans can only remember 7 numbers, so telephone numbers are broken down to 7

It would be impossible to list every example of the mystical number 7 in this document. In terms of new age spirituality there can be no greater Morphic Field than Matrix 7. 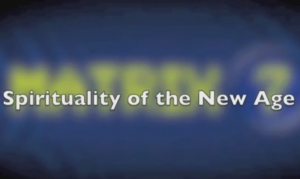 Thus, the meaning of number 7 reveals that it represent our spiritual self, the part of us that stands outside of the devils circle of life, logic and suffering that keep spinning. It represents consciousnesses.

The real you is the observer, who has watched yourself change over the years, and is still watching now. Yet this awareness is unchanging. It is immortal. It stands outside of the cycle of birth and death. It is 7. It is the unchanging constant canvas, which all of your experiences are painted on. Even when you pass into dreams, awareness is watching, unchanged. You are awareness within which the body comes and goes; you are not a body where consciousness comes and goes. Awareness is always there. The real you never sleeps. It is always awake and watching the show called life.

Take this online course, Matrix 7, to find your personal meaning and power of number 7.