Returning to the TV series ‘Alone,’ the conclusion of the show, I just watched, was very enlightening for me. Why? It showed me that having the right belief system can help anyone accomplish the impossible.

For those who don’t know what this series is about, let me explain. It takes place in a remote, beautiful, yet wet, sometimes cold and bear infested coastline of Vancouver Island. 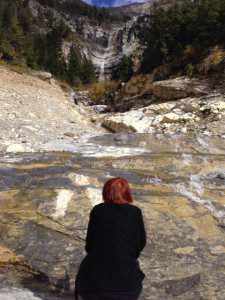 Ten somewhat crazy, somewhat sane, survival experts are dropped off in remote areas of Northern Vancouver Island. Although they are not that far apart, they are far enough apart that they will not come in contact with each other. This might not seem a big deal at first, but the Alone part of this concept becomes horrendous over time, more than the physical torture they must endure…

Unlike the mighty Les Stroud, the famous survivor man, who manages to hold out for 7 days with nothing more than one survival item, like a single match head, these contestants each select 10 items of survival gear from a pre-approved list of 50.  This offers a huge advantage in the long run, because they can have things like axes, flints, sleeping bags, warm wool cloths, even fishing nets. They have enough stuff to set them up for a long time in the bush if you know how. And most of these people are amazing survival experts. Some of them are so good at it that they can build boats out of the garbage they find on the beach, or crave chest sets to entertain themselves, or build sweat lodges to cleanse themselves, etc. 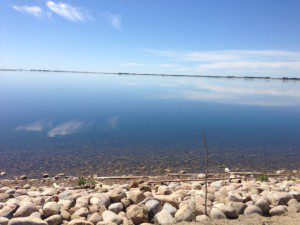 Like Les, they are also given a set of cameras to document their daily experiences. Attempting to live in the wild for as long as possible, the contestants must hunt for food, build shelters, and fend off predators, while enduring extreme isolation and psychological distress. Yet, these people can tap-out at anytime using a GPS beacon. Some tap because of accidents and injury, or are threatened by wild animals and weather. A hand full stick it out. The winner gets a $500,000 cash prize. Contestants are warned that the show might last for up to a year: I can’t see that ever  happening, however… or could it?

I believe that if a person has the right belief system this could happen indeed. I’ll tell you why in a second.

But first, lets look at the only phycological crutch. It’s the GPS beacon, and I say crutch, because it makes the participants weak.

After some time–and for some, after a short time–depending on how much food they can get out of their environment, they go hungry… really hungry. With lack of food comes fatigue, exhaustion, hallucination, emotional distress. Combine this with wild predators in the night, sometimes extreme costal weather, like wind, rain, and snow, this becomes an ordeal of impossible proportions.

If all of this is not enough, being Alone is the worse of it. The true conflict is between the contestants will power, the enemy within, and the unbearable temptation of using the GPS beacon to tap-out.  The thing that beats most of them in the end is being Alone. Even though most of them have the skill to live in the bush for years, they break down, one by one, from the emotional burden of being Alone. It becomes very apparent that there is no point of surviving if they have to survive Alone. We need each other in a big way, we all do, and this series is brilliant at pointing this out. 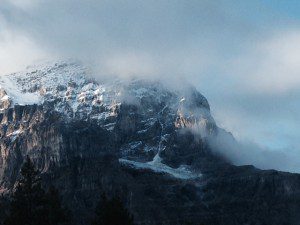 But my point is that the guy who won, was not the youngest, smartest, or even the best survival expert. This guy is 50 years old, and had to learn how to fish, in real time, just to survive. This guy injured himself, fell into the icy waters, starved, and suffered the terrible pain of loneliness. But as the last survival expert gave up and tapped-out, he was still willing to go on, claiming to the camera: that he was not do yet, not by a long shot.

So what made this old guy, who was probably one of the most ill prepared one of the bunch, so lucky and incredibly strong? His belief system!

It kept him alive, and kept him of relatively sound mind. He thought that his suffering was apart of a greater good. Not only was his cup half full, it was spilling over, even though there was practically nothing left inside. That is how he perceived it in his mind, and he knew there was something good to come out of this, all he had to do was to keep going. And he did, And He won! His positive belief system was his secret survival weapon. And he now has enough money to send his kids to college…

Having a positive belief system can change everything. In this show the worst suffering was in the mind. Without the right way of thinking, most contestants didn’t last 30 days. The winner, however, almost went on to survive, Alone, for 70 days, and he would have gone further. Would he have gone a whole year? Perhaps with the right food source, but he probably would have gone crazy in the end, because people need people, that’s the bottom line…

Those who have a sound mind, because of positive thinking, which is part of a belief system, can accomplish anything. They know that there is no such thing as failure. That things go wrong, and come with pain are just lessons for them to teach them how to succeed. This is something you can learn in new age courses…